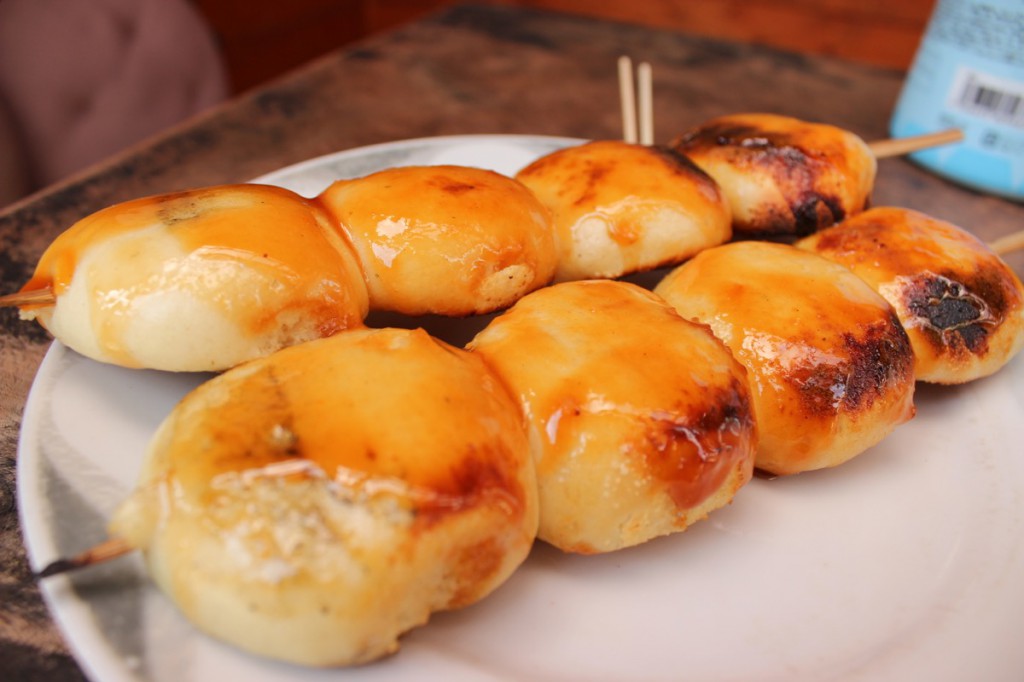 “Yaki Manju” is very popular snack and sweets in Gunma, where Shima Onsen is located, but is not known outside of Gunma at all.

At Shima Onsen, you can enjoy Yaki Manju at “Shimamura,” which is located opposite side of Kashiwaya café, and “Ginsen Chaya,” a snack restaurant.

※Yaki Manju (roasted sweet bun) is a sweet, having four buns without bean jam pierced with a skewer, putting sweet Miso sauce, and roasting over charcoal.

Do you know “Yaki Manju”?
Of course you don’t, do you? 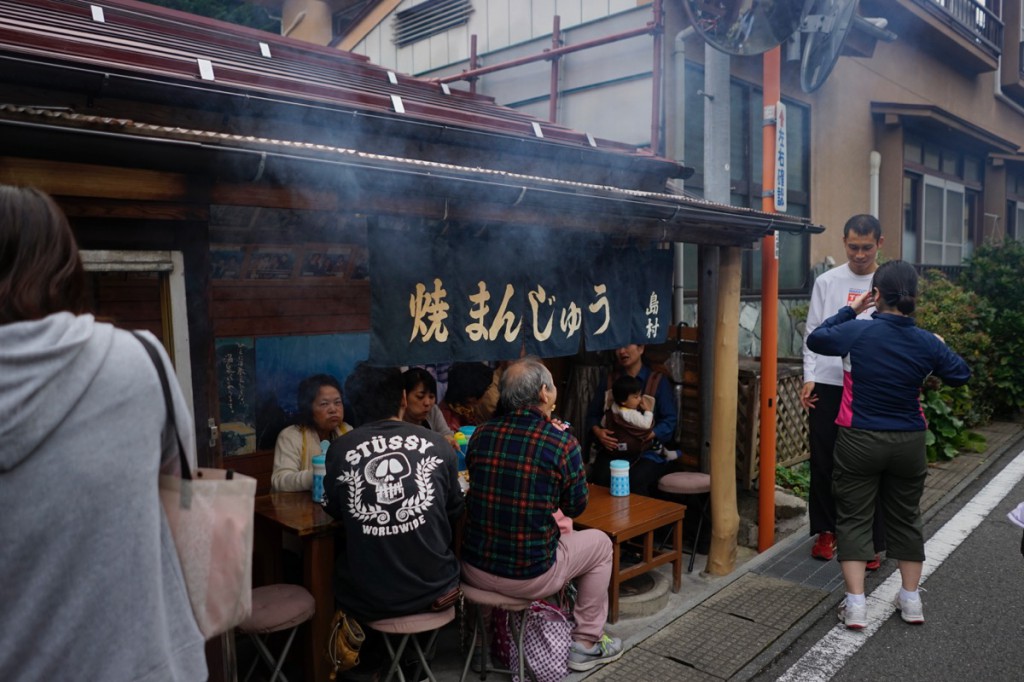 Even most Japanese do not know it.

Yet, it is our favorite snack and sweets, which all Gunma people know and love, where our Shima Onsen is located.

Since I was also familiar with it from childhood, I had thought that it is a food that all Japanese people love until I grow up.

I remember that I was very surprised that nobody knows Yaki Manju even I talked to people from outside Gunma.

Yaki Manju is a weird sweets, which is loved this much at Gunma but is not known at all outside Gunma.

Yaki Manju (roasted sweet bun) is a very simple local food, having buns made of flour pierced with a skewer, putting rich and sweet Miso sauce, and roasting.

Although Manju to eat as a snack is usually filled with red beans jam and so on, Manju for Yaki Manju is not filled with anything.
(You may also use Manju with jam.)

It is a very simple Manju made with flour fermented with rice malt and steamed.

As plain parts of Gunma has high sunshine rate and long hours of sunshine, double cropping has been flourished, which crop rice in summer and flour in winter at the same place.

So powder eating culture has been rooted, such as Udon (Mizusawa Udon is famous). Thus there is a story that Yaki Manju had been born due to its influence.

Sweet Miso sauce is also simple. We cook it basically only with Miso, sugar (it seems coarse sugar is often used), and sweet sake.

Typical Yaki Manju is the one having four flat Manu with 5-6cm diameter and 1-2cm thickness pierced with a bamboo skewer, putting sweet Miso sauce, and carefully roasting over charcoal until it slightly gets browned.

Well, how to eat it? Please eat it with a widely opened mouth, leaving Manju skewered.

No matter how big you open your mouth, you’ll get Miso sauce all around the mouth. 🙂
It is also one of the fun of Yaki Manju!

If you like it, you can buy Yaki Manju for souvenir at a shop at JR Takasaki Station. Since you can bake and eat it home, please enjoy it while bragging to everyone when you return home. 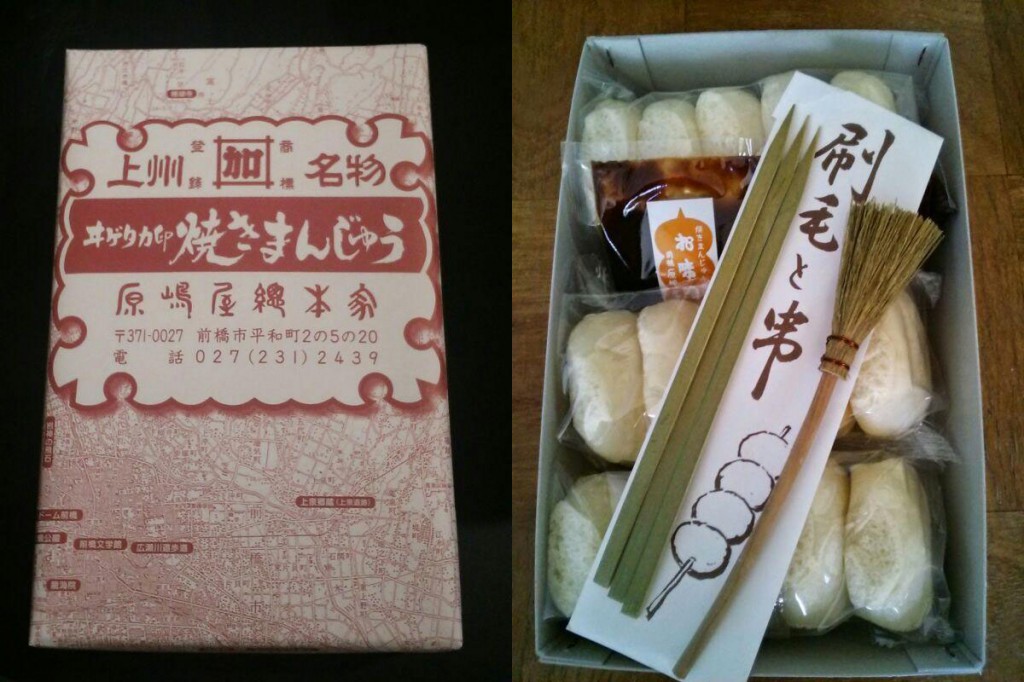 As we’ve written before on our blog (see links below), the Japanese take pride in the distinct charm of each of the ...

We are Shima Onsen Kashiwaya Ryokan, a traditional Onsen Ryokan (inn) in Gunma prefecture, Japan. We're so happy to se...