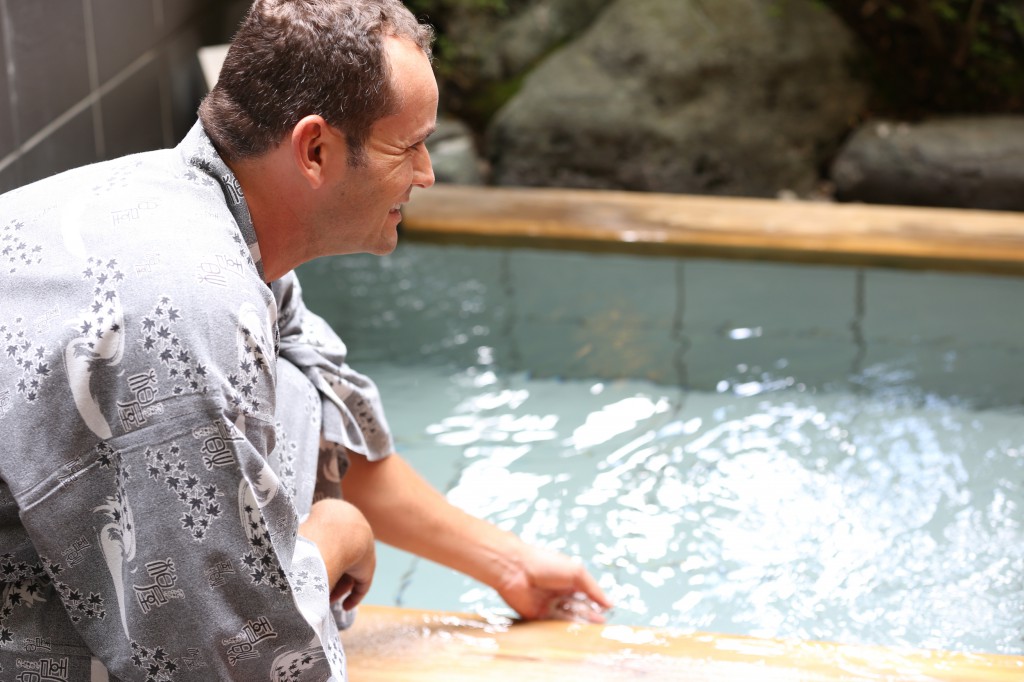 In fact, at ryokan with private onsen and rooms with open bath, such as Shima Onsen Kashiwaya Ryokan, you can enjoy onsen in peace even with tattoo because there is no chance to have somebody sees your tattoo.

Differences in Perception of Tattoo in Japan and Abroad 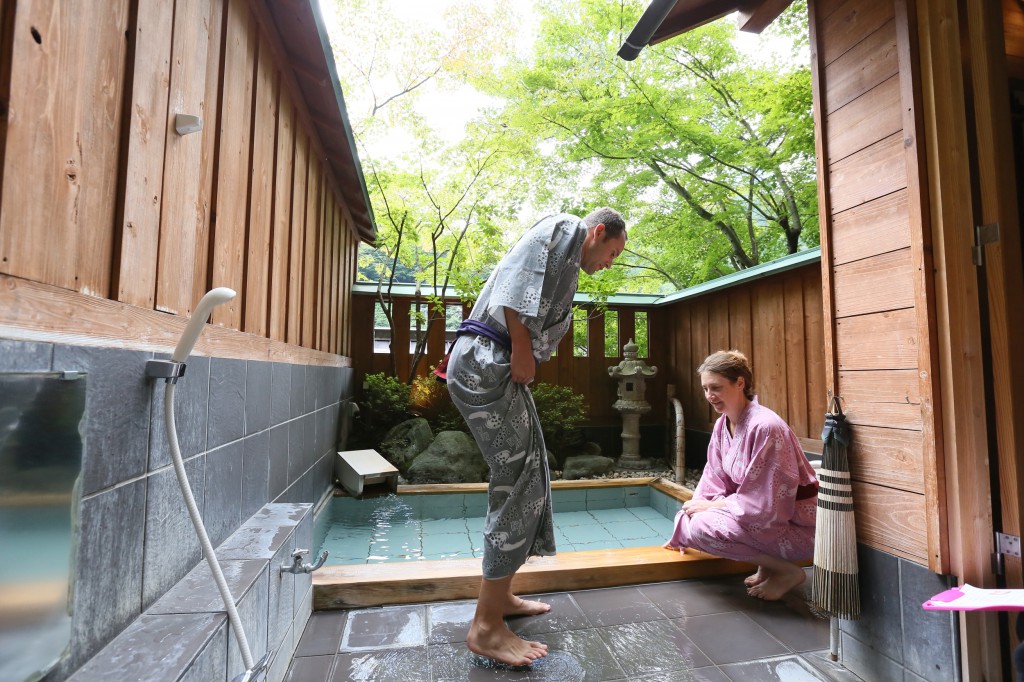 Although tattoo is an attractive fashion approach with that you can fully appeal your sense, there is a big gap in recognition between in Japan and overseas. Still, only a few people have accepted it in Japan. In particular, reputation from elderly is extremely bad, and not a few of them get furious, saying “What a shame you ruin the body got from your parent!”

When using pools and public baths, typified by onsen, presence of a tattoo becomes a big failure. On many guidebooks for Japan trip, it is written that you cannot enter onsen if you have tattoo. In fact, many of bathing facilities, including onsen ryokan, refuse bathing of customers with tattoo. There was also a case that became a police matter in the past because a person with tattoo tried to get into a bath.

First of all, why people with tattoos cannot take onsen? This is because there is recognition in Japan from historical background that tattoo, so-called Irezumi in Japan, is “something anti-social people get” or “something members of illegal organization such as gangsters get.”

It is quite interesting to know the history of Irezumi in Japan, because there are mixes of both aspects as a symbol of punishment or anti-social organization and as fashion and body decoration. According to Wikipedia and so on, it seems that Irezumi was so familiar from ancient times that there are descriptions, considering that Japan had one of the world’s largest Irezumi culture in the Jomon-Yayoi period. Then, ornate Irezumi culture seems to have established in the Edo era.

I think that the main reasons why it changed into dirty image are because criminals got Irezumi as a sentence in the same Edo period, Irezumi was outlawed in the Meiji era and later, and gangster members have got Irezumi as a mean to show their power.

In this way, the image is very intensive in Japanese society that people with tattoo = members of anti-social forces, thus there is not a little possibility that customers tend to avoid the public bath if they see a person with tattoo there. Onsen is a service industry, so it might be unavoidable that they try to prevent disadvantage in advance.

Yet, it is cruel that people who are not related with gang are denied bathing just because they have tattoo.Therefore, the number of onsen is increasing, which arrow only one point tattoo or so in recent years, but still, it is limited to just some of facilities. 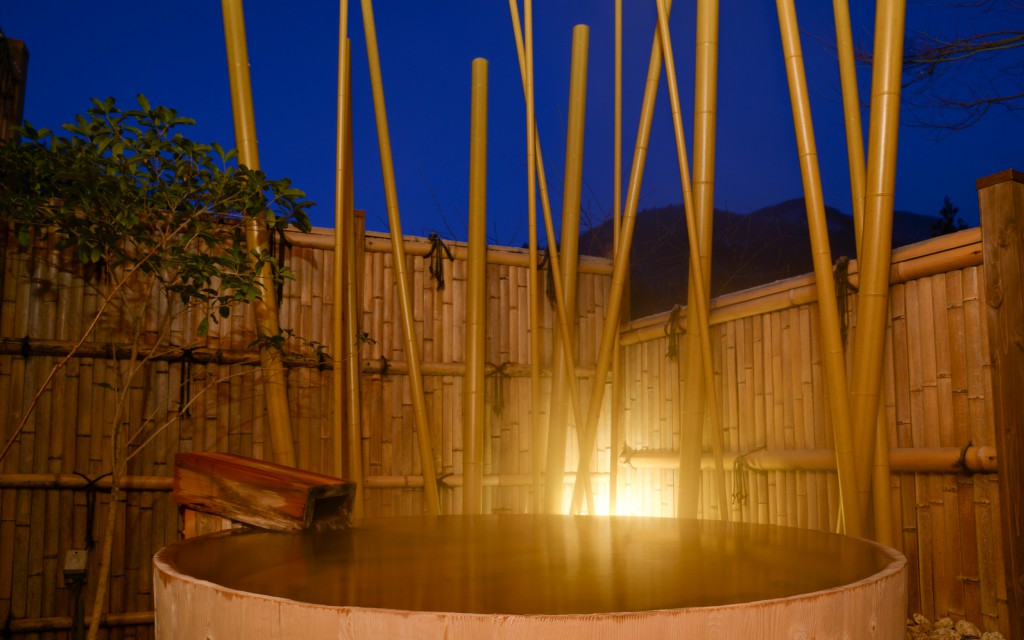 In that respect, you can enjoy onsen peace at Shima Kashiwaya Onsen Ryokan, even with tattoo.

This is because, in Kashiwaya Ryokan, there are three free private onsen and rooms with open-air baths, called “HANA Room” and “KAME Room,” addition to public baths of gender. Open-air baths are installed in rooms, thus you can enjoy onsen without hesitation to be along with other customers. Customers from abroad are very pleased.

In the near future, there is a big possibility that bathing situation of onsen surrounding tattoo will change, but for now, it will be the better choice to enjoy onsen by choosing ryokan with private onsen or rooms with open-air baths, such as Shima Onsen Kashiwaya Ryokan.

Have good manners and enjoy trip in Japan!

After I uploaded this article, I found out that many people reach this page by searching keywords, such as ‘onsen tattoo,’ ‘onsen japan tattoo,’ and ‘onsen tattoos allowed.’

In addition, the number of access to this article itself is also large.

So I found out that it is very important for foreign customers, who wear tattoo to know “If they can take onsen with tattoo” when considering onsen trip.

Topics on tattoo and onsen have been discussed a lot.
They have been hot.

So, I try to pick up some of the recent developments and discussions.

For now, there is no sign of discussion converge somewhere, we Japanese people are worrying a lot and have continued trial and error on what we should do. 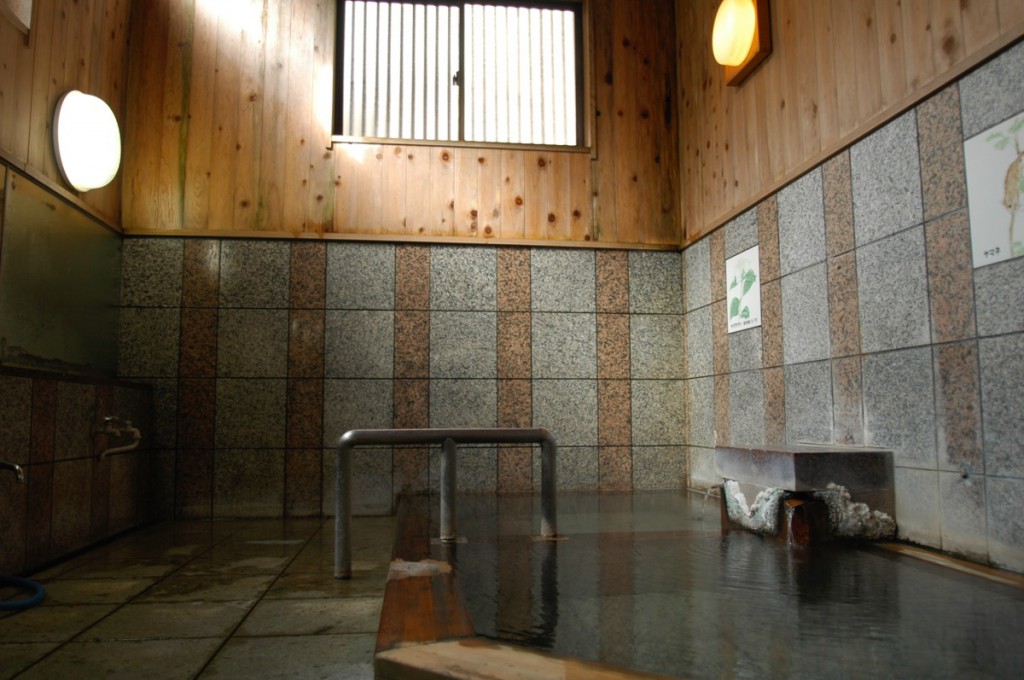 Japan Tourism Agency conducted a survey on correspondence of each onsen facility against people with tattoo and announced the result in October 2015, because “There had been problems about bathing of foreign tourists with tattoo.”

As a result, in the present circumstances, they found that more than half of onsen facility refused bathing of people with tattoo.

Although Tourism Agency carried out the survey, they have avoided to make conclusion on what to do.

They just say, “For now, we keep providing appropriate information on tattoo for both onsen facility managers and onsen users so that they can avoid confliction.” 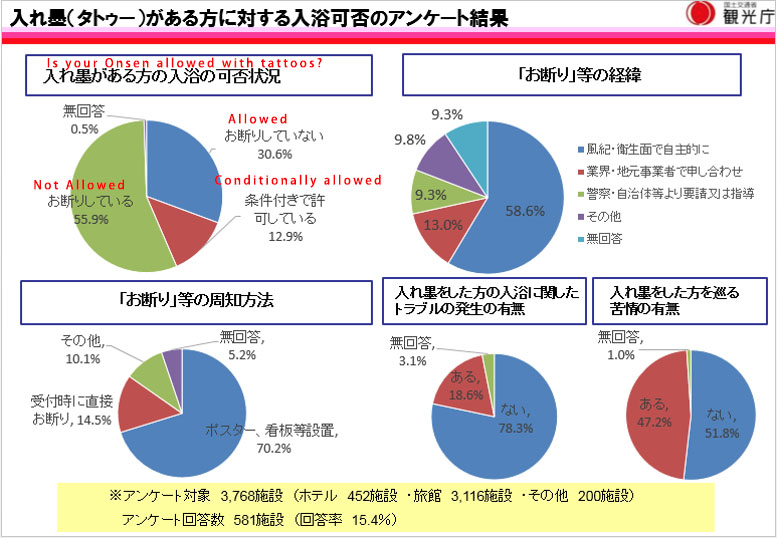 In addition, at “Hoshino Resort,” the Japanese chain hotel group, they create stickers to cover tattoo and make rule that people can take onsen only if they can cover their tattoo with a single sticker of 8cm✕10cm.

They introduced this rule at several hotels on a trial basis.

Several companies are manufacturing and selling this “tattoo cover sticker” and it is said that the sales is also steadily growing. 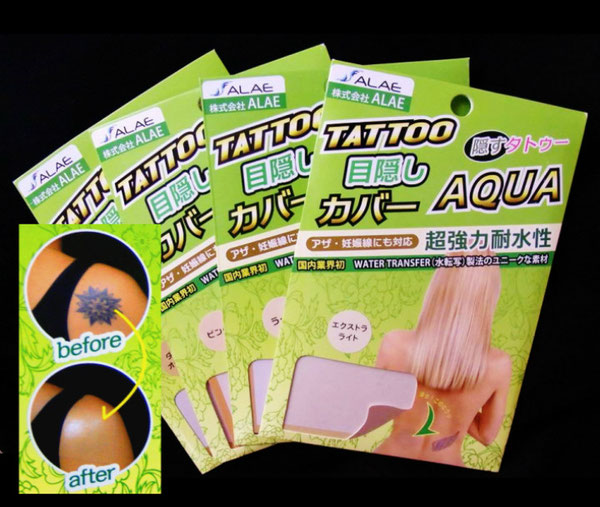 Japanese famous brain scientist, Kenichiro Mogi (@kenichiromogi) , tweeted on June 17 2014; “When we look at world cup soccer games, there are bunch of players with tattoo. As far as they are having unfair discrimination that they reject bathing of people with tattoo, Japanese onsen will never registered as World Heritage.”

Thus this seems was the beginning of the active discussions on onsen and tattoo.

In an article on August 6, 2015 of Sankei Newspaper, a ryokan owner talked,

“I feel guilty to refuse bathing only by their looking.
Yet, I’m worried if we finally admit onsen use by gangs once we admit tattoo of foreign people.”
It was a ryokan owner at Yugawara, Kanagawa.

He looked back the past history that has been working in order to cut off the relationship with anti-social forces, he further said, “I have been threatened and sometimes felt danger.

We have to urgently think about ways to satisfy both Japanese and foreigners. But it is a difficult problem, thinking the past effort.”

Also, one of my acquaintance, a ryokan manager, says, “We should make our own rule, depend on each “ryokan.” The problem is not whether tattoo is good or not, but we have to refuse taking onsen with tattoos as far as there is a situation that it makes other people uncomfortable.

In this way, we still have not determined our direction in Japan.

There, our customers have no problem on bathing even if they have tattoos.

Also at our gender-based public baths, customers from abroad can take onsen without a problem, even if they have tattoos.

In addition, we do not have a clear refuse even for Japanese customers with tattoo. (Concerning this part, I also have not been able to clearly decide. I’m still worrying about this point.) 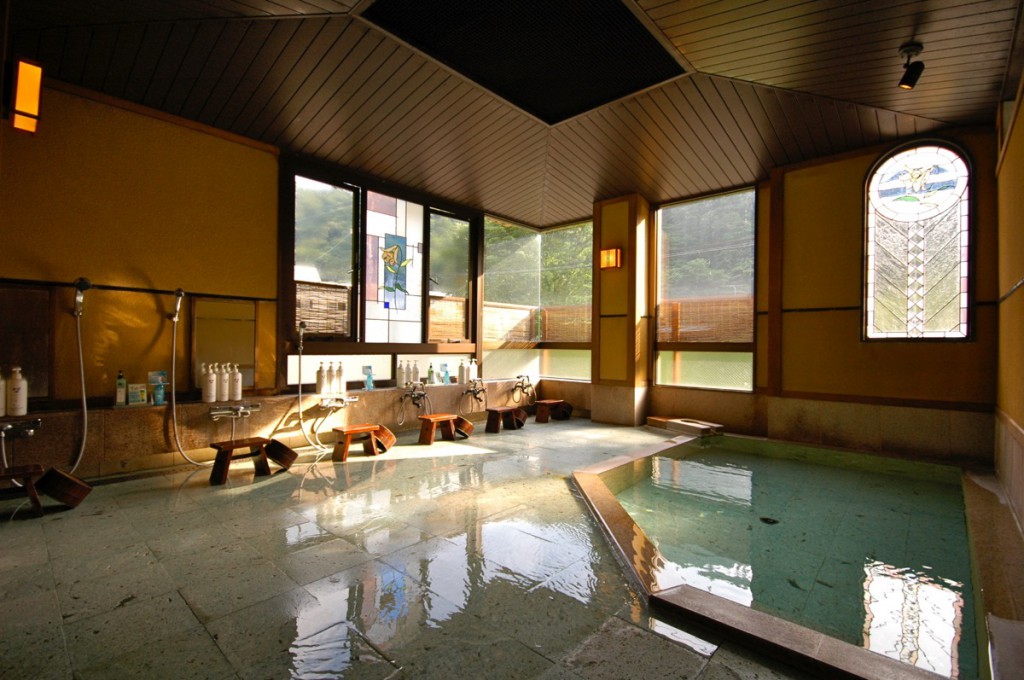 However, the historical formula of “tattoo = anti-social forces” is no longer true in many cases.

So I think that anybody, except anti-social forces and gangsters, will be able to enjoy onsen regardless of tattoos in the near future.

In the current situation, it will be better to confirm in advance before booking the ryokan, if you can take onsen with tattoo.

Check the rules of each facility in advance, and enjoy freely the trip in Japan!

When Japanese travel abroad, we are surprised about what is written on guide book, that is “we should bring toothbrush a...

Tattoo-Friendly Onsens: Will the Day Come When These Become the Norm in Japan?

Introduction Since our Shima Onsen Kashiwaya Ryokan is a tattoo-friendly onsen ryokan, people with tattoos can bathe in...

To say couples, there are various couples, such as lovers who began the relationship recently, just married couples, an...

One of the benefits of taking onsen is "beauty effect." Japanese onsen have been referred to as "hot water for beauty" f...

Yuzuriha Footbath & Drinking Fountain At Shima Onsen, not only each ryokan has satisfying number of Onsen, but als...
Ryokan that has Rooms with Private Onsen and Open-air Bath
We got the 2018 Traveler’s Choice Hotel Awards

How to Take an Onsen?｜8 Rules & Manners of Japanese Onsen
Are people with tattoos allowed in onsen?
Ryokan that has Rooms with Private Onsen and Open-air Bath
The Differences Between ‘Spa,’ ‘Hot Spring,’ and ‘Onsen’
Yukata: the Traditional way of Relaxing at a Japanese Ryokan